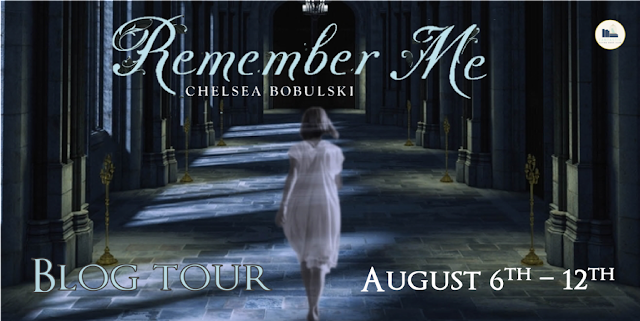 On the Importance of Being Yourself

This world will tell you who you’re supposed to be before you’re even old enough to realize it’s happening. People put labels on you based on your gender, your preferences, the neighborhood you grow up in, the amount of money your family makes, the school you go to, and how well you do at that school. They will decide if you’re a dreamer or a doer, and they will establish a value to each label based on their own opinions. They will decide if it’s worth putting extra energy into you, or if the fact that you simply learn differently, or view the world differently, from others, means you’re not worth the time, or that you’re lazy, or that you “just don’t get it.” They will call you high-maintenance because you don’t like certain things, or they will call you a doormat because you let people walk all over you. You will often hear two opposite things about yourself uttered in the same breath—high-maintenance and a doormat; a know-it-all and unintelligent; elitist and incapable—but they will rarely be good things (a dreamer AND a doer; street smart AND book smart), unless you’re blessed to have an encourager in your life.
Why is this? Why do people force other people into boxes? Even from infancy, someone will have an opinion about who you are and what you should do with your life, and those words they utter, they impact you more than you realize.
This is a common theme in my latest young adult novel, Remember Me, and it’s also something I’ve been personally working through for a long time. Early on in my publishing journey, I tried to change my writing to fit what I thought other people were looking for, or what other people thought I should write. The revelation regarding the importance of labels vs. the importance of being myself happened when I got my first deal on a book I had written entirely for myself. That book was my debut novel, The Wood, which was published by Feiwel and Friends/Macmillan in 2017. The Wood centers on a girl protecting time-traveling portals in the wood behind her house, and there’s nothing about it that’s really typical of a specific genre. Instead, it’s a blend of genres all rolled up into one. Horror and romance. Contemporary and fantasy. Time-travel that takes place in present day. I didn’t expect it to sell. I wrote it because I had to.
I wrote it because it was me.
I can say the same for Remember Me. It’s a blend of genres that’s best described as the horror of The Shining meets the romance of Titanic, but it has other things I love too: ballet, Edwardian couture, a strong father-daughter relationship, a historical timeline and a contemporary one, as well as a touch of time-travel, handled a little differently from most of the time-travel books out there. It’s curses and star-crossed lovers and vengeful ghosts. It’s everything I have ever loved, every inspiration, every old building and every old photograph that has ever whispered its secrets to me, everything that has ever made up who I am as a person and how I see the world. The Wood was definitely the most “me” thing I had written up to the point that it sold, but Remember Me has my very soul ingrained in its binding. The ironic thing is, neither book would have happened if I’d kept trying to be, or write, or say, what other people wanted me to. It was only when I was brave enough to be myself that my books were able to reach the world.
I write this to the person who has let other people’s labels and opinions hinder their lives for far too long, because this revelation in my writing spilled over into every other area of my life. When I really sat down and thought about it, I couldn’t believe the number of words that had been spoken over me throughout my life, good and bad, that had shaped me into the person I am today. Without meaning to, I let other people dictate my worth, as well as my potential. Never mistake this simple truth: Words are the most powerful tool the human race possesses. Words can spur people to victory or defeat. To self-esteem or self-mutilation.
To life or death.
The saying, “There’s only one you,” has been uttered so many times, it’s become a cliché, and it’s often undermined by the very people who say it, because they’ll say that to you in one breath, and then tear you down in the next, often without meaning to. They’ll slap that label back on you quicker than you can blink, not because they’re purposefully vindictive, but because, for some reason, people like to keep other people in their boxes. It scares them when someone doesn’t fit in that box anymore.
Which is why I’m challenging you to hear that phrase again—“There’s only one you”—not as a cliché, but as a transformative and irreversible truth. There is only one you in this world, not just for now, but for all time. There is only one you, with your specific gifts, specific circumstances, specific calling. Stop letting other people tell you what to do with your life.
Break the box.
Don’t waste the one life God has given you by clipping your wings in order to measure up to other people’s expectations of you.
Go higher.
Reach farther.
Be yourself.


This blog is a personal blog written and edited by me. This blog accepts forms of cash advertising, sponsorship, paid insertions or other forms of compensation.

This blog abides by word of mouth marketing standards. We believe in honesty of relationship, opinion and identity. The compensation received may influence the advertising content, topics or posts made in this blog. That content, advertising space or post will be clearly identified as paid or sponsored content.

The owner(s) of this blog is compensated to provide opinion on products, services, websites and various other topics. Even though the owner(s) of this blog receives compensation for our posts or advertisements, we always give our honest opinions, findings, beliefs, or experiences on those topics or products. The views and opinions expressed on this blog are purely the bloggers' own. Any product claim, statistic, quote or other representation about a product or service should be verified with the manufacturer, provider or party in question.

The opinions and view on this blog are my own. If you have a problem with the product or service, please contact the manufacturer. I’m not perfect and my opinions may change or my info may change. Sorry.

Also, by using this blog you agree to hold me harmless, as well as advertisers or anyone else associated with this blog. This blog is for entertainment only so enjoy!